✎ Just do it ✎

Despite Google’s long-standing love affair with April Fools’ fakery, fifteen years ago today the internet giant was deadly serious when it launched what would become one of its biggest products: Gmail.

Consumer spending in mobile apps across both Apple’s App Store and Google Play will grow by 120 percent to reach $156 billion worldwide by 2023, according to a new report out today from app store intelligence firm, Sensor Tower.

Something that many Android phones and tablets are able to do is connect to a computer as if they were an external disk drive. 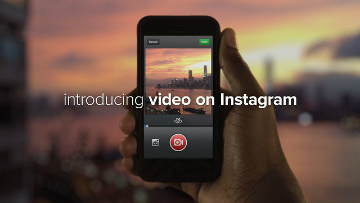 Can’t it be confusing having two operating systems?

It’s a world of multiple screens, smart displays, with tons of low-cost computing, with big sensors built into devices. At Google we ask how to bring together something seamless and beautiful and intuitive across all these screens. The picture may look different a year or two from from now, but in the short term, we have Android and we have Chrome, and we are not changing course.

As Android’s new head, what do you see as the biggest challenge?

I see huge opportunity, because it is just shocking how much of the world doesn’t have access to computing. In his book Eric [Schmidt] talks about the next 5 billion [the people on earth who aren’t connected to the internet who soon will be]. That’s genuinely true and it excites me.

What does that mean when a company like Facebook comes out with Home, which changes that experience?

Historically the industry has had long stable structures. Look at Microsoft and Intel. They were very codependent on one another, but it served both of them well. When I look at where computing needs to go, we need innovation in displays, in batteries. Samsung is a world leader in those technologies.

Finally, you had a pretty full plate with Chrome and Apps, and now you’re handling the world’s biggest phone platform in addition. How are you managing?

I have a secret project which adds four hours every day to the 24 hours we have. There’s a bit of time travel involved.

1. I will never live a day of my life from now on without it (or a competitor). It’s that significant.

2. The success of this totally depends on price. Each audience I asked at the end of my presentations “who would buy this?” As the price got down to $200 literally every hand went up. At $500 a few hands went up. This was consistent, whether talking with students, or more mainstream, older audiences.

3. Nearly everyone had an emotional outburst of “wow” or “amazing” or “that’s crazy” or “stunning.”

4. At NextWeb 50 people surrounded me and wouldn’t let me leave until they had a chance at trying them. I haven’t seen that kind of product angst at a conference for a while. This happened to me all week long, it is just crazy.

5. Most of the privacy concerns I had before coming to Germany just didn’t show up. I was shocked by how few negative reactions I got (only one, where an audience member said he wouldn’t talk to me with them on). Funny, someone asked me to try them in a bathroom (I had them aimed up at that time and refused).

6. There is a total generational gap that I found. The older people said they would use them, probably, but were far more skeptical, or, at minimum, less passionate about the fact that these are the future, than the 13-21-year-olds I met.

If Google is actually serious about reinventing TV, it should have done something about the remote control, too.
The images we’ve seen about the remote that Sony will supposedly be offering for its Google TVs are mind boggling. A big hunk of plastic with a million buttons. As we said earlier, it looks like something out of a Sharper Image catalog from the 1980s.