✎ Just do it ✎

L：If you look at Sharp Daily in the context of new media, we needed to do it. In recent years, traditional newspapers have been unavoidably shrinking. At the same time, we feel it is promising to combine a free newspaper with new media. First, when you buy a traditional newspaper, it is you reaching out to the paper only when you feel the need. But free newspapers reach out to readers with or without the need. It makes a huge difference. Second, a free newspaper like Sharp Daily, which employs both video and audio, enables readers to read news and features, watch video and listen to audio with a click on their cell phones. I feel it will be interesting to make free newspapers a multimedia platform. It will become a new medium. A new medium, with constant, timely changes, will have great potential. Especially now, when cell phones are wildly popular, the availability of both video and audio on a newspaper will greatly change the definition of newspaper itself.

T：You’ve always been a pioneer in the city’s media industry but you’ve made the move into free newspapers quite late. Why now?

L：Without the popularity of cell phones providing us with a platform for a new medium, we might not have decided to launch a free newspaper. Others have been doing free newspapers for years and are very successful. But the most important thing is that our free newspaper is totally different to others. Not only is it a new medium with visual and sound elements, it’s also different in its packaging and style.

T：So although you’re late, you feel you’ve been innovative?

T：You’re often praised for your shrewd instincts. Did you follow your instinct this time?

L：I think instinct is one of the reasons. But the most important reason is that we see the media industry in the midst of an overwhelming revolution. The popularity of cell phones is unprecedentedly changing every medium. Now is only the start for us.

T：Some people say the pro-democracy camp needs Sharp Daily to fight the very popular pro-establishment Headline Daily. What do you think of this?

L：That won’t be our consideration. We are doing this paper in consideration of the market, the needs of society and the development of technology. We won’t emphasise politics. If you want to publish more than a million copies of a paper, the tone of it has to be light. If it is too political, it will become too serious. We want to do a light-hearted paper.

L：When it comes to important issues, it will be on the citizens’ side. But generally we care more about citizens’ feelings of the city, their lives and spending.

T：With its target circulation of one million, there must be concern that Sharp Daily will eat into the Apple Daily readership. Why should readers keep buying Apple?

L：I believe it’s different. For example, Sharp Daily will be light-hearted and aimed at young people. Many young people today don’t read newspapers at all. So it won’t have much effect on Apple. It certainly will have effect, but not that much. It will be more about local people’s lives, gossip, their spending and information they need to lead their lives. Apple, more or less, will involve bigger issues, even politics.

T：Is it safe to say the purpose of launching Sharp Daily is to make money?

T：So if Sharp Daily earns a lot of cash, will you turn Apple into a more serious-minded newspaper?

T：…Okay. The advert also said Headline Daily is taking away Apple’s advertising market. How would you respond?

L：[Serious tone] No, not really. We do it because we think it’s the right time. I don’t even know that ad.

T：Really? Okay, so now that you know it, how do you respond?

L：We don’t have to respond. We need readers to respond, which is the most important thing, not our competitors. They mean nothing to us.

T：What’s your philosophy on newspapers?

L：First, it’s the pursuit of truth. Second, you can’t go beyond the values and norm of the society. Third, you should protect the freedom of the society. The media should pursue what citizens pursue, like common values, democracy and freedom.

T：What about exaggeration of the facts? Does the pursuit of truth – or news – justify the means?

L：It would be illegal to let the ends justify the means. You can’t do that on any occasion. In terms of exaggeration, if I’m on the opposite side, I’ll think whatever you say is exaggeration, because I don’t agree with you. It depends on the different stances of different people.

T：But sometimes they don’t have to be illegal means; they can be extreme means which are difficult for the common reader to accept. Do you think that can be justified?

L：If you employ means that are difficult to be accepted, readers will be disgusted by you. You won’t do [the business] well. I think it’s not okay.

T：Why did you decide to start a TV station?

L：I feel newspapers are already a sunset industry. The future of the world is a visual one. Young people have been watching TV, playing games, watching cartoons since they were born. They’ve grown up in an image world. It’s unavoidable that the world will be visual in the future, so I decided to start a visual medium.

T：Apple Daily has become known for its animated news. But most people think animated news distorts facts, misleads the audience, and isn’t worthy of serious attention. What do you think?

L：I think many people don’t really understand many new things. They just suddenly react to a new move, a new medium. Those reactions may not always be based on facts. They will think it acceptable after they get used to it.

T：Yes, but when making animated news, producers often ‘imagine’ details that may not, in fact, have been real…

L：But those details will not affect the news itself or cause ethical problems. For example, now I’m talking with you. The animated news may make this table square instead of round, but as long as the content of our conversation is correct, it won’t affect the correctness of the news. We have a lot of background information when doing newspapers. Now we are just animating this information. It doesn’t make any difference. But to ordinary people, the impact is greater, so they have a very sudden or natural reaction toward this new thing without thinking it through. It needs a long time to truly understand this.

T：Sometimes your animated news includes explicit content, violence, bloodshed, etc. Do you have an endzone for such content?

L：Many people are watching animated news now. Our animated news gets 800 hits a day. If you watch them, you will know we don’t show things that are relatively violent or explicit. We are subtle [on this content].

T：Do you have a system to censor this content?

L：No. We do animated news while detecting the needs of the market. 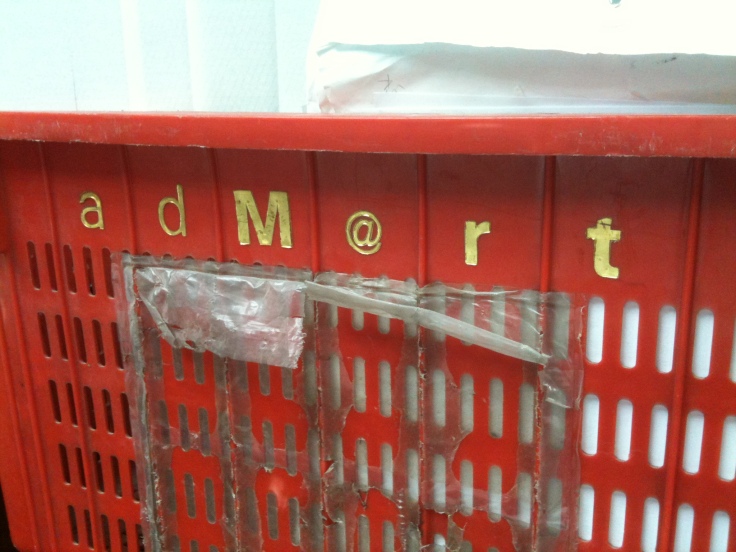